Malmö is Sweden’s third largest city after Stockholm and Gothenburg and the city that connects Sweden and Scandinavia with the rest of Europe. A little far from the city is the famous Oresund Bridge, which connects Sweden to Denmark. And although many people make the mistake of going north immediately after crossing, there are a number of good places that can be visited in just one day around Malmö. These are the main attractions of Malmö, which can be seen in 14 hours (or a little longer):

Lets start all over again. Anyone arriving in Sweden via the Öresund Bridge from Denmark towards Malmö has seen one of Malmö’s most impressive sights. On the eight-kilometer-long bridge there is a railway line and a road that extends to the island of Peberholm. The bridge continues to leave the island in the form of a tunnel, which reaches Copenhagen after just under 4 kilometers. While touring Malmö, you can also take a short trip from Malmö to Copenhagen.

The most famous building in southern Sweden is located just three kilometers from Malmö Central Station. The Turning Torso skyscraper is undoubtedly the most attractive of all the sights in Malmö. The 190-meter-high building is based on a work of art by Santiago Calatrava called Torso. The peculiar shape of the city’s skyscraper definitely put it on the architectural map.

Stortorget is the largest square in Malmö and dates back from 1530. It is one of the busiest tourist spots in Malmö, regardless of the season. Many street cafes serve delicious dishes ranging from Swedish specialties to sushi. The square also houses the city hall, the Scandic Kramer Hotel and the Kockska Huset, home of Jörgen Kock, who was mayor of the city of Malmö in the 16th century. In one corner of the square is the Apoteket Lejonet, one of the most important neo-Renaissance buildings in the city. The statue in the middle of the Stortorget represents King Karl Gustav X on his horse.

If you have planned a trip to the city of Malmö, be sure to spend at least a few minutes in the Malmöhuss castle complex. The historic building, built in the 16th century, is the oldest Scandinavian fortress in the Swedish Renaissance. Historically, it was one of Denmark’s most important defenses, to which Malmö still belonged at the time.

Today, the castle complex has become one of Malmö’s most extraordinary cultural attractions, as it houses several museums within its historic walls. Visiting the Malmö Museum of Art and the Malmö Museum is one of the must-see attractions during even short walks in Malmö.

With a mix of temporary exhibitions and contemporary art, Malmö Konshall is one of the largest art galleries in Europe. For this reason, it is one of the main attractions of Malmö, especially for art lovers. The museum was built as an open space made of wood, glass and concrete and has a variable roof.

It has a play of natural and artificial light, which further increases the brightness of the art salon. Anyone with short money on the trip need not worry. The Malmö Art Hall is one of the attractions of Malmö that has no entrance fee. Only those who also want an expert explanation from a guide have to pay for it.

If contemporary art doesn’t mean much to you, a visit to the Disgusting Food Museum may be the right alternative for you!

There are 80 bizarre eating habits from around the world to marvel at. Most of the food you see here is freshly prepared and some of the delicacies you can even try to eat!

How about, for example, balut? It is a tasty Filipino egg. Instead of scrambled rice, however, you get a cooked duck embryo. It looks even better with a little salt.

In fact, we don’t have to look far to find disgusting dishes. In Sardinia, for example, people like to eat casu marzu. This is a cheese that is inhabited by cheese fly larvae. However, as these tiny worms can jump up to 15 centimeters, you have to cover your eyes while eating this delicacy. And don’t worry….there are vomit bags offered to all customers!

The idea of ​​the museum is really commendable. After all, the owners want us to think about our perception of food, since we are simply throwing too much food away. For example, why do we find it so disgusting to eat insects or meat raised in a laboratory? If we all have a different perception of what is crude, maybe we can find a more sustainable solution for our protein intake in the future! The visit to this very special museum costs € 18 per person and children have free admission.

The Sankt Petri kyrka or simply the Sankt Petri Church in Malmö is the oldest building in the city and dates from the 14th century. The red brick church was built in the Gothic style and is about 105 meters high. Although medieval frescoes were destroyed during the Religious Wars in the 16th century, the church still has enough attractions to offer to be on the list of the best places to visit in Malmö, even on a visit-only day. The impressive wooden hall and the restored wall paintings in the chapel are also worth a visit.

The Folkets Park in Malmö is the oldest public park in the world and one of the most visited places in Sweden. For 120 years, tourists and residents have come here to enjoy nature and relax on sunny days. The park in Malmö can be compared to the Tivoli in Copenhagen.

The green area with lakes, lawns and even a playground is a pleasant place in Malmö for those who like to walk, run with the dog or rest during a busy day. With many bars and ice cream parlors, the park is a very popular stop in Malmö, especially in summer, and in winter the large lake turns into an ice rink.

Another well-known park in the city is Kungsparken, which was created in 1872 and is located next to Malmöhuss Castle. It is home to an English garden and tree species from three different continents. It is not only the oldest urban park in the Swedish city of Malmö and therefore one of the most beautiful sights in Malmö, but it also houses the sculpture garden, which is the park’s biggest attraction.

Lilla Torg can be translated as “small place” and, although the place seems quite undefined on the map, it still attracts many tourists, even for brief moments. Built with cobblestones and surrounded by restaurants and cafés that open their summer terraces, this is where Malmö’s true life takes place.

In the summer months, many outdoor food stalls are set up in Lilla Torg and the square becomes one of Malmö’s main attractions. Saluhallen is a covered market where you can try foods from around the world.

A little further away from the Lilla Torg square is Gamla Väster, one of the most colorful sights in Malmö, which you can leave to visit last on that busy day. The very low houses and the bricks in all the colors of the rainbow make a visit to Gamla Väster a must. It is one of the most pleasant places to be in Malmö. The houses are inhabited by locals, but there are also cafés and shops that have settled there.

The next sight in Malmö is not to take a picture, but to experience it. The Kallbadhuset on the beach in Ribbersborg is an unforgettable sauna experience. The Kallbadhuset is a small wooden building at the end of the pier, where you can relax in a beautiful sauna. Although cooling occurs in separate places for men and women, the sauna itself is accessible to both sexes. And according to Swedish tradition, bathing suits are not mandatory.

If you want to combine two city trips into one vacation, you can easily take a trip from Malmö to Copenhagen. The Danish capital, Copenhagen, is almost literally steps from the Swedish city of Malmö. From Malmö, you drive on the Öresund Bridge, which connects the city to Copenhagen. Copenhagen is one of the best cycling cities in Europe and therefore easy to explore by bicycle. Of course, sights such as the Little Mermaid, Tivoli and Nyhavn are a must-see on the cycle route.

The city of Malmö is a good starting point for exploring the province of Skåne län, in southern Sweden.

For example, the small town of Lund is a popular day trip, the most famous attraction of which is the historic and impressive Domkyrken Romanesque cathedral. You can also take a trip to Ystad from Malmö. The city is known for its winding streets and half-timbered houses. The sandy beaches here are also a pleasant change from the sights in Malmö and the surrounding area.

In the Swedish city of Malmö, you can also book a tour that will take you to Höllviken. It is a small village on a peninsula between the Baltic Sea and the Öresund Bridge. This place is known not only for its beaches, but also for the remains of Viking villages that can be found in abundance there. There you can learn more about Vikings and even participate in traditional Viking era festivals.

That’s it! Don’t forget to check out our article 10 Things and Activities to Do in Malmö, Sweden.

And if you have any questions, just let us know in the comments area below! 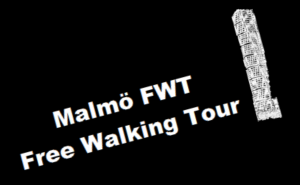